“Working with Adikteev gave us the ability to make our app re-engagement strategy successful. We had control over every aspect of our campaigns and the team paid close attention to the performance.” 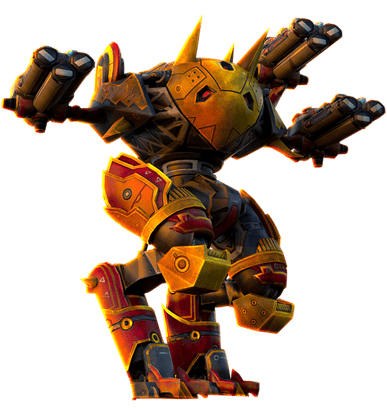 Russian gaming studio Pixonic’s mission is to create engaging, immersive, and high-quality mobile games. They started out developing social network games such as Airport and Adventure Island in 2009, but pivoted predominantly to mobile gaming in 2011. The move allowed them to focus their skills on successful projects such as their newest game, Dino Squad, and the highly popular War Robots. War Robots was created in 2014, and has become their longest-running title.

The third-person PvP shooter game allows users to customize a fighting robot and engage in combat alone or with other players. The game is made up of 13 hyper-realistic maps, each with its own design and features. The maps can be anything from a cityscape filled with skyscrapers to a downed spaceship crashed in the middle of a desert.

Having been racking up downloads for six years and counting, War Robots’s success was clear, but Pixonic wanted to ensure their lapsed payers were interested in continuing their participation in the game. We worked closely with the studio to develop a re-engagement strategy that would work for them. 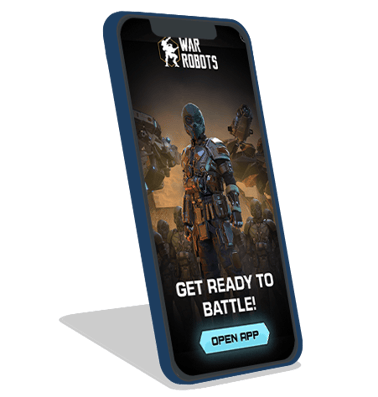 Since Pixonic wanted to encourage players to improve their experience by in-app purchasing, we targeted users who had already spent money on the game. Our innovative creative studio served interactive creatives to lapsed payers that displayed what users were missing out on by not returning to spend in the app. Carousel creatives, featuring weapons and other items lapsed users could purchase in the game, were especially effective. Our ads also featured weekend bonuses to draw players back to the app with special deals.

When measuring campaign performance, Pixonic worked with us to factor in view through attribution(VTA) as well as click through attribution (CTA). While CTA is a great way to evaluate how well a campaign is doing, it’s only half of the story. What happens if a user doesn’t click on the ad, but still returns to the app a few moments later after seeing the ad? It’s possible to miss out on significantROAS by not measuring the view-through impact of creatives. We found that ROAS increased seven times by measuring both VTA and CTA, allowing Pixonic to meet their initial ROAS goals.